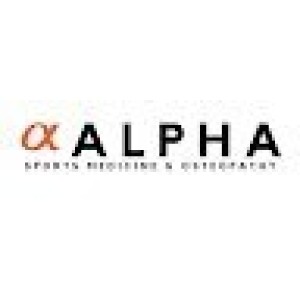 Inside isolation for an Aussie returning home from overseas. Is it luxury? Or is it military camp? We take an insiders view into Isolation in Crown Promenade, Melbourne.

The past few weeks have been unprecedented for everyone in Australia. We’ve gone from full freedom, to Stage 3 Restrictions in a matter of weeks. The month of March in 2020 will forever be a blur. Who even remembered it was Easter this week? For those who have returned from overseas, a self quarantine period of two weeks was required. But because some people didn’t quite follow the rules of self quarantine, the government have stepped it up, self isolating returning Aussies into hotels for two weeks of monitored isolation.

My good friend Essie was one of them. She’s a vet and one of my oldest friends, we’ve known each other for 25 years! She was caught up in the COVID-19 drama of Europe as she’d been living in Sweden with her partner Johannes for the past 15 months. She managed to get on the final Qantas flight home, and after 72 hours arrived in Melbourne and sent straight to isolation. She’s now been in isolation for 6 days, to me it all sounded a bit like a military camp. We’ve been FaceTiming doing workouts and stretching sessions from afar this week, so I thought I’d give her another task to do, and answer a few questions to see what the experience in isolation has been like so far.

How did you feel when you were told you had to leave Sweden?

I was never really told I had to leave Sweden. Rather, it was a decision I came to based on closing doors (and borders!) and diminishing opportunities to sustain living and working overseas. Which I guess amounts to the same thing that everyone’s experiencing really: anxiety and frustration at having plans/actions cancelled or restricted by forces outside of our control. For me the worst is not having an end date to when restrictions will be lifted and I can see my partner in Sweden again.

What was the vibe in the airports?

Kind of bizarre! I spent 16 hours on a Saturday waiting at one of the world’s busiest airports, Heathrow, and the sheer lack of foot traffic was super eerie! Of those that were there, half were wearing face masks and gloves and a further 10% in full hazmat suits! The relatively empty departures and arrivals boards flashed intermittently as more and more flights became ‘DELAYED’ or just outright ‘CANCELLED’. Which obviously made for a tense atmosphere as people waited, hoping they’d be able to get home safely. Chatting with a few other people in the passenger lounges though (while respectfully maintaining 2m distances!) was a reminder that the anxiety and disruptions were shared. And there was some comfort and togetherness in that. At some point in the 16 hours waiting, I remember watching and laughing at this plucky, unconcerned little sparrow foraging up and down the aisle in the nearly empty passenger lounge, and felt a little reassured thinking that in spite it all, the world turns and will keep turning!

What happened when you landed in Melbourne?

It wasn’t quite so dramatic as you might think! We had to put on face masks and had our temperatures taken immediately after disembarking the aircraft, and if you had measured high you were taken for further health screening, and then on to a hospital if necessary. Everyone else got ushered from one official to another, receiving countless spiels and information sheets about what to expect in quarantine etc. We were reminded the whole time to “maintain 1.5m between you and the next person” which made everyone laugh given we’d just come from a crammed airplane together! We went through customs and baggage claim as normal then got escorted to shuttle buses to take us to the hotel. Our bus was taken to Crown Promenade. There were migration police there when we arrived (not quite sure why? They didn’t do anything that I could see?) and received our room keys before being ushered up to our rooms by security guards, shutting our door to the world for 14 days!

It’s really more than fine for one person. A king sized bed, desk setup area, large window with a sun bed beside looking over the Melbourne skyline, TV with huge movie selection, minibar, kettle, large bathroom with huge a shower (with glorious water pressure and acoustics for singing- one must amuse oneself somehow!) Not having a window I can open even just a little for fresh air is my biggest gripe though. I almost wept with longing the other day when I got the faintest whiff of the evening rain coming through the air vents! It’s the little things!

I’m a huge foodie, so there was much anticipation surrounding this for me. But I honestly don’t have too many complaints. We were asked before we entered to stipulate any dietary requirements/intolerances you might. But other than that, there has been no selecting what you get. It’s decent and tasty but obviously mass produced so not super gourmet! So it’s 3 meals a day, delivered in a brown paper bag outside your door. The staff place the bags in front of each door on the floor and then they remotely sound a notification in your room, letting you know your food is there ready. If you happen to time the opening of your door with that of your neighbour across the corridor, you get to have a few moments of face to face human interaction- so that’s nice!

A typical days menu is…..

Breakfast 6.30AM: 2 boiled eggs, 3 danishes, a muesli bar, two pieces of fruit, a tub of yoghurt and a juice.

Lunch 12.30PM: Some variety of soup, dinner roll, some variety of salad, two more pieces of fruit, a muffin/donut, cheese and crackers and a chocolate bar.

Dinner 7.30PM: It really varies but I’ve had anything from noodle stirfry with a salmon fillet to spaghetti. Always served in a tin foil tray (disposable!) and with a packet of chips and another chocolate bar!….. So needless to say, I’m not going hungry!

What are you doing through your days to keep you entertained?

I’ve written up vague plans for each day to give some structure and keep me from just slothing! The day is definitely punctuated by mealtimes (nothing much different there from regular life!) Then in between I do some sort of circuit training of my invention: lunges, dips, sit ups, boxing with my water bottle weights (credit to Ash for that one!) etc, yoga, job hunting, Swedish study, reading up veterinary journals and catching up with friends over Facetime. In addition, every day I try to set one different novel task to do. Yesterday it was trying some Afrobeat dancing from YouTube. Today I’m drawing my mum a picture for her birthday (I’m a little skint this year sorry mum!)

My sister recommended me a series called Sex Education. It’s this British high school/coming-of-age/comedy/drama series about this dorky and contained 16 year old boy of two liberal sex therapist parents who inadvertently becomes a sex and relationship therapist for the kids at his school. The characters are hilarious and it’s at the same time both cringey/awkward and easy watching!

What have you learnt after 6 days in true isolation?

To be honest, it doesn’t feel like true isolation. I feel in some ways more connected now that I’m back in Aus not working so I can easily FaceTime most family and friends in the same time zone! Thank goodness for technology and internet though- without that, it would be a very lonely and isolating experience no doubt. Of all the liberties taken away though, the right to be outdoors in the fresh air is the most oppressing, and the thing I’m craving the most. So it’s reinforced how important that is to me to have daily. Otherwise, I’ve learnt how to make a fruit bowl out of a brown paper bag and that a cushionless couch frame can be used for step ups – don’t tell Crown though!

We’re all in this together, it’s important to abide by the rules set out by the Federal and State Governments to ensure we flatten the curve and stop losing lives to Corona Virus. If your plans this year have done a full 180 and you’re feeling down about it, that’s ok! You’re allowed to grieve the loss of something you had your heart set on. As humans, we’re not always a fan of change, but we can adapt to change. Let’s all get through this together and learn to appreciate the little things in life that we may have previously taken for granted!

Special thanks to my dear friend Essie for sharing this insight into life in isolation. 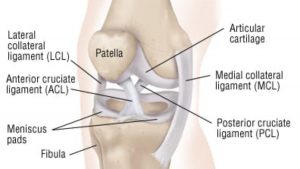 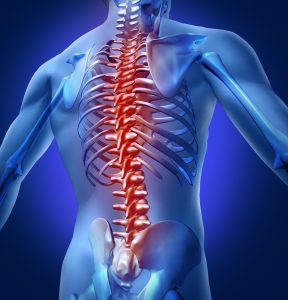 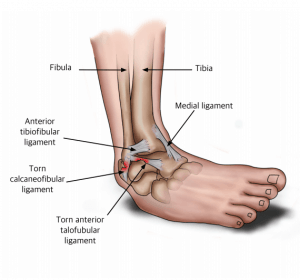